PUK – HAI IN THAILAND
A Village Along a Klong (Canal) 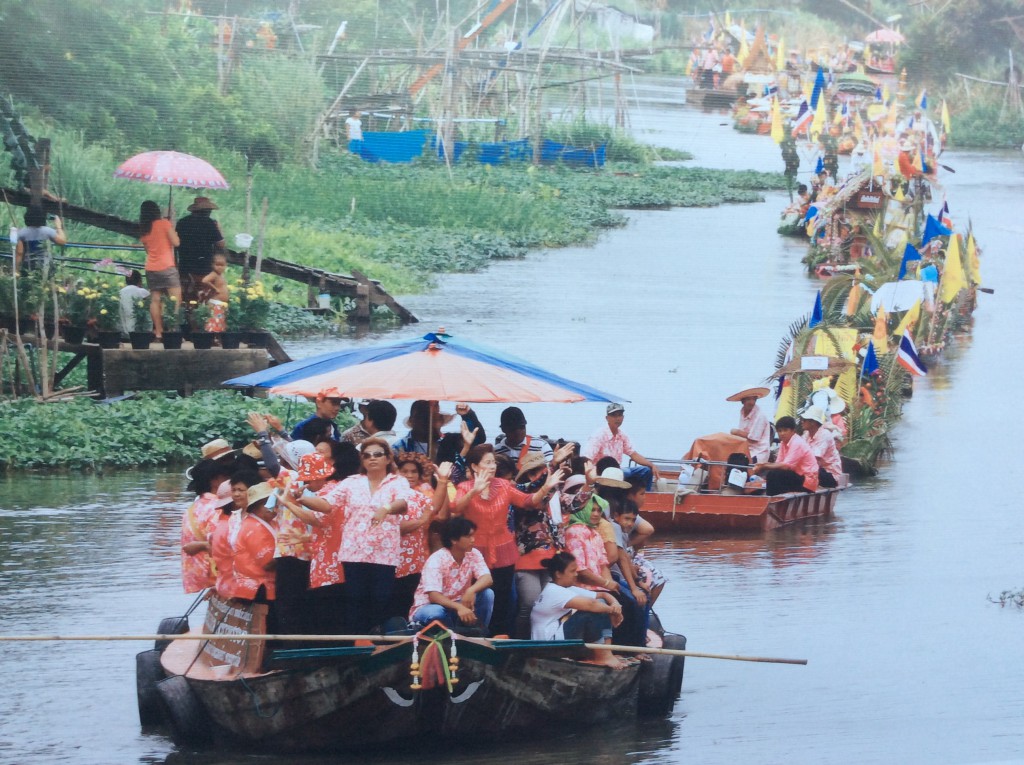 Puk-Hai is located on the lowland river plain surrounding the Chao Praya River. The district is relatively flat, perhaps with a slight slope towards canals or ponds which are scattered across the area. With its fertile soil, this area is suitable for rice cultivation but unsuited for heavy construction.

Because of geographical conditions, the Noi River always floods throughout the district during rainy season. However the agricultural area outside the community has been protected from this problem, through irrigation and flood control works.
Since seasonal flooding occurs every year, the village has adapted its construction to these condition, and flooding 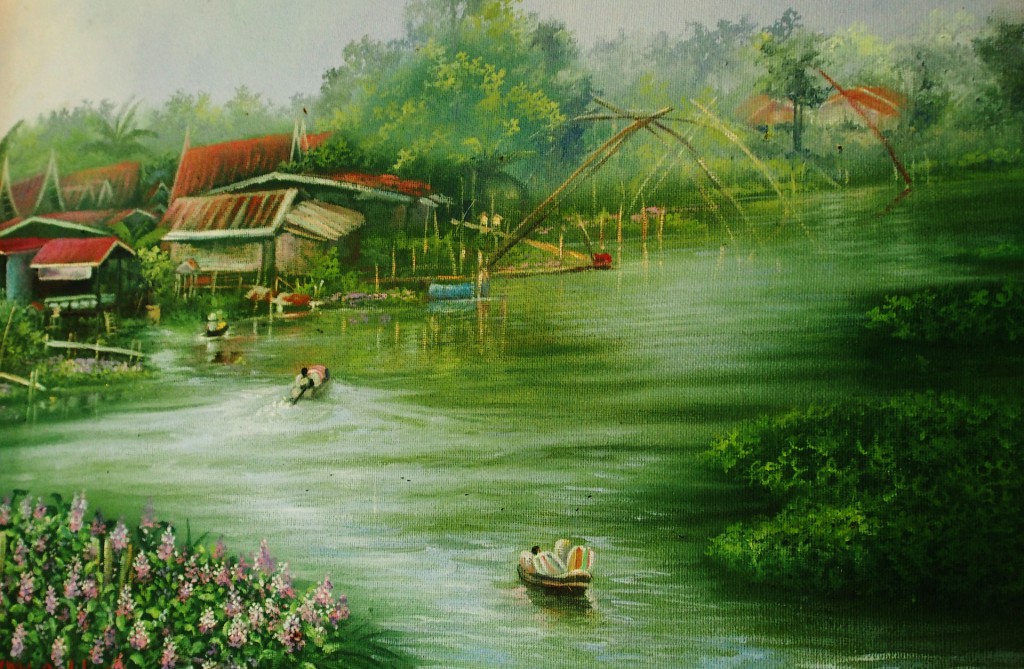 Puk-Hai is a typical Thai village in the central plain of Thailand. As Thai daily life tends to depend on access to water, the village streches along the Noi River localanch of Chao Praya River, and a number of canals. Puk-Hai sanitary district was established in 1917. The name “Puk-Hai” is believed to come from the name of a weed which once grew abundantly in the area. 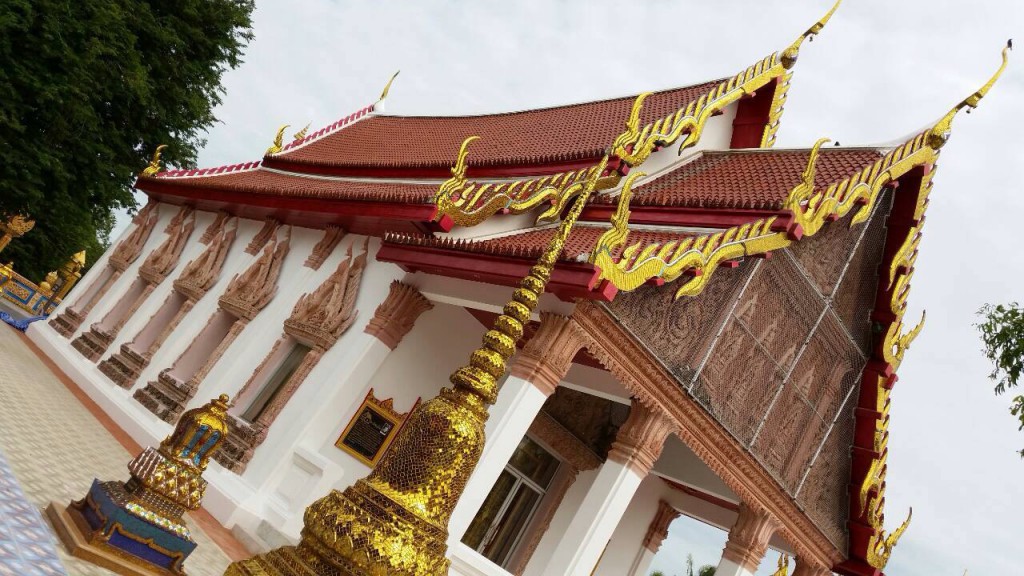 Most Thai are Buddhists and Buddhism strongly influences Thai cultural development, especially in rural areas. All ceremonies have religious elements. In rural areas, temples still serve as local points for the community. Many events take place in the temple areas whenther the purpose is religious or not. Schools, parks and recreational places have traditionally also been located within temple compounds. Often the temple reflects the wealth of its village in its architecture and structure. Temple also reflects the history and the esteem of people in the surrounding areas. This is because construction and maintenance of temple are largely a local concern based on donations.

The Buddhists elements of the traditional culture can be seen in many festivals and also in daily village life. For example, at weddings, births or funerals, when homes overflow with relatives and friends who come to offer emotional, moral, physical and even financial support, it is certain that monks from a nearly temple will play a major role in the ceremony. Also when a family moves into a new house or sets up a small business, the monks are called to bless the premises first. 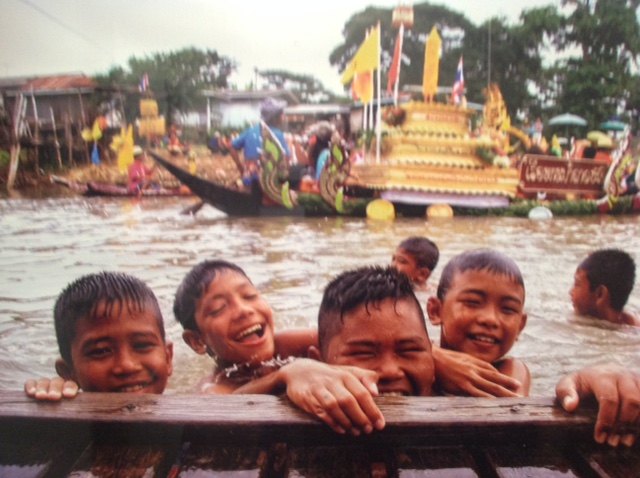 A rural Thai family is often large since agriculture in the villages is still labourintensive and children have to help in the fields. Besides, most Thai families remain in the house or compound of their parents even after they marry and have children.

This closely knit structure is a prominent feature of the Thai family. Children take care of their parents in their old age, and when the parents become too old to work in the rice fields, they take care of the small children and do some house work during the day.

Children in a village are taught to respect their older relatives and older neigh-bours. From early childhood, they are taught a sense of responsibility by being assigned chores such as feeding animals, or looking after their younger brothers and sisters to free their parents for field work. 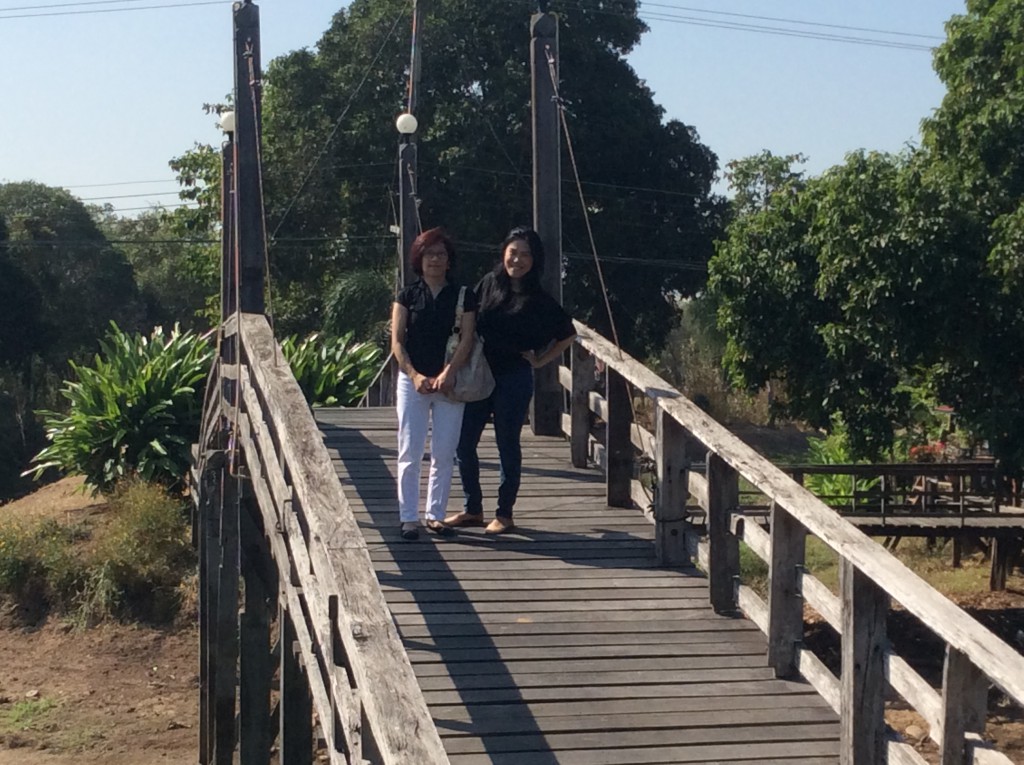 Puk-Hai is still a traditional Thai village where technology has little influence on peoples’ daily activities. The village is peaceful and safe from the disruption of motor vehicles. However, economic development in the area has been provided.

The daily life of people depends on the Noi River. Dwellings, the market, some schools and temple are all grouped along the river. The village center, located on the west bank of the river, consists of administrative offices, the market, shop-house, and transport facilities such as a bus stop and some boat landings.

Layout of the village

Usually, houses in a village are grouped in a compact pattern for protection and efficient administration. In Puk-Hai district, the layout of the village reflects its dependence on Noi River. Houses are grouped along the river which is used for transport, irrigation, fishing, washing and recreation. The connections between houses and housing compounds consist of metre-wide foot-paths running along the river banks and two arterial streets. 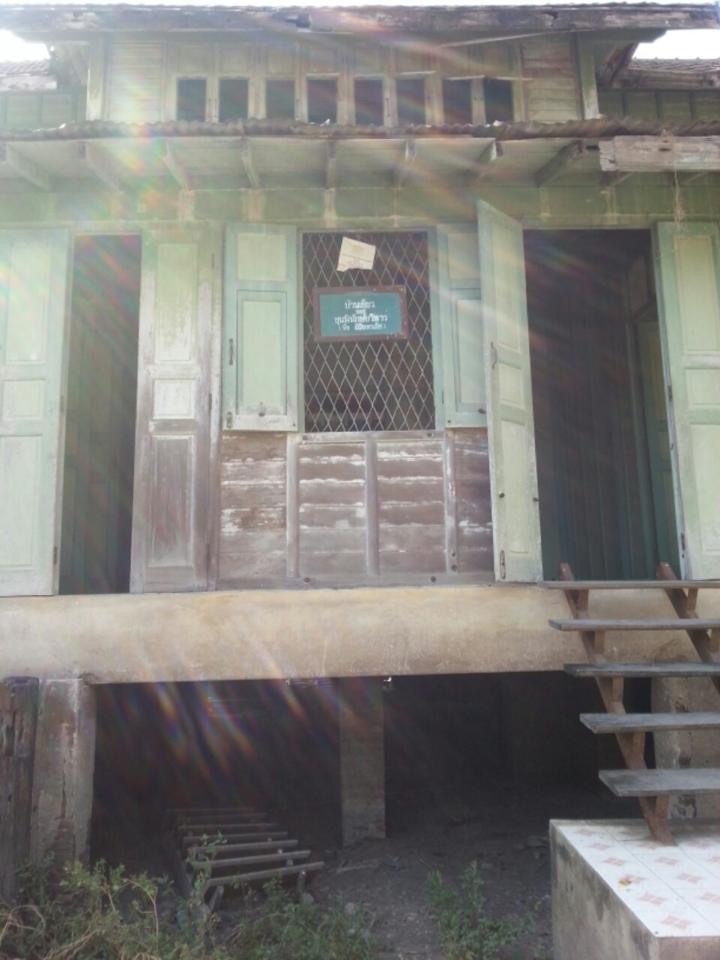 A traditional house in Puk-Hai, as in other typical Thai villages, is constructed in response to the needs of its residents, the climate, the local geography, and daily life. The development of the local house reflects the socio-cultural evolution of the village.

Houses are elevated on stilts, to protect their owners from flooding, burglars and animal intruders, and to enhance air circulation to keep the house cool.

In the dry season, the area beneath the house serves as storage room for boats and farm implements, and sometimes as shelter for pigs and poultry. During the day it is the coolest part of the house, and it provides a good place for some household activities or for taking a nap.

Most village houses are built by their owners from bamboo or wooden planks. The roof is made from palm leaf thatch of perhaps corrugated steel or asbestoscement.

As the village is located in a lowland area intersected by a number of canals, swamps and ponds, land transport in Puk-Hai is not well developed. The major means of transport within the sanitary district and adjacent villages is shallow boats.

Almost every household has a boat or boats for transport. However, foot-pathsarealso provided to connect housing compounds.

Water supply : Piped water is provided in the area. However, most household still take advantage of their location to use water from the Noi River for many purposes.

Drainage system : There is no sewer facility in the area. Storm and waste water from the built-up area finds its way to the River.

Human waste disposal : In rural area most houses do not include toilets, and instead household members use the fields. Within the community, human waste disposal is arranged individually. The pit latrine, basically consisting of a squatting slab over a pit in the ground and covered by a superstructure, is the most common facility in the area. Some modern houses have septic tanks.

Garbage disposal : Garbage is collected only in the community centre. It is transported to a low-lying area outside the village where it is burnt from time to time. Garbage is often dumped on-site or burnt by the residents.

Puk-Hai economy is based on agricultural products. People cultivate rice, raise livestock, and fish inland-waterways. However, in a lowland area with fertile soil, rice cultivation is by far the most important, accounting for 75% by value of all farm products.

Economic growth in Puk-Hai has been slow. Some contributing factors are :

Thailand is ed into 75 provinces (changwat) and within each province the political subdivision is as follows :

When urbanization reaches a certain level and other factors justify it a “sanitary district”
may be defined. This often overlaps with the political subdivisions outlined above.

Sanitary districts exist as corporate entities in towns or semi-urban areas. Such areas must
possess the following characteristics :

It is administered by a committee which is composed of both ex-officio and elected members. The ex-officio members consist of national government representatives and locally elected officials, while four local people are elected for five-year terms.

The sanitary district has the following functions

(a)  Provision and maintenance of public services within the sanitary district area. These           include :

(b) Sources of revenue for the sanitary districts expenditure are : Taxation